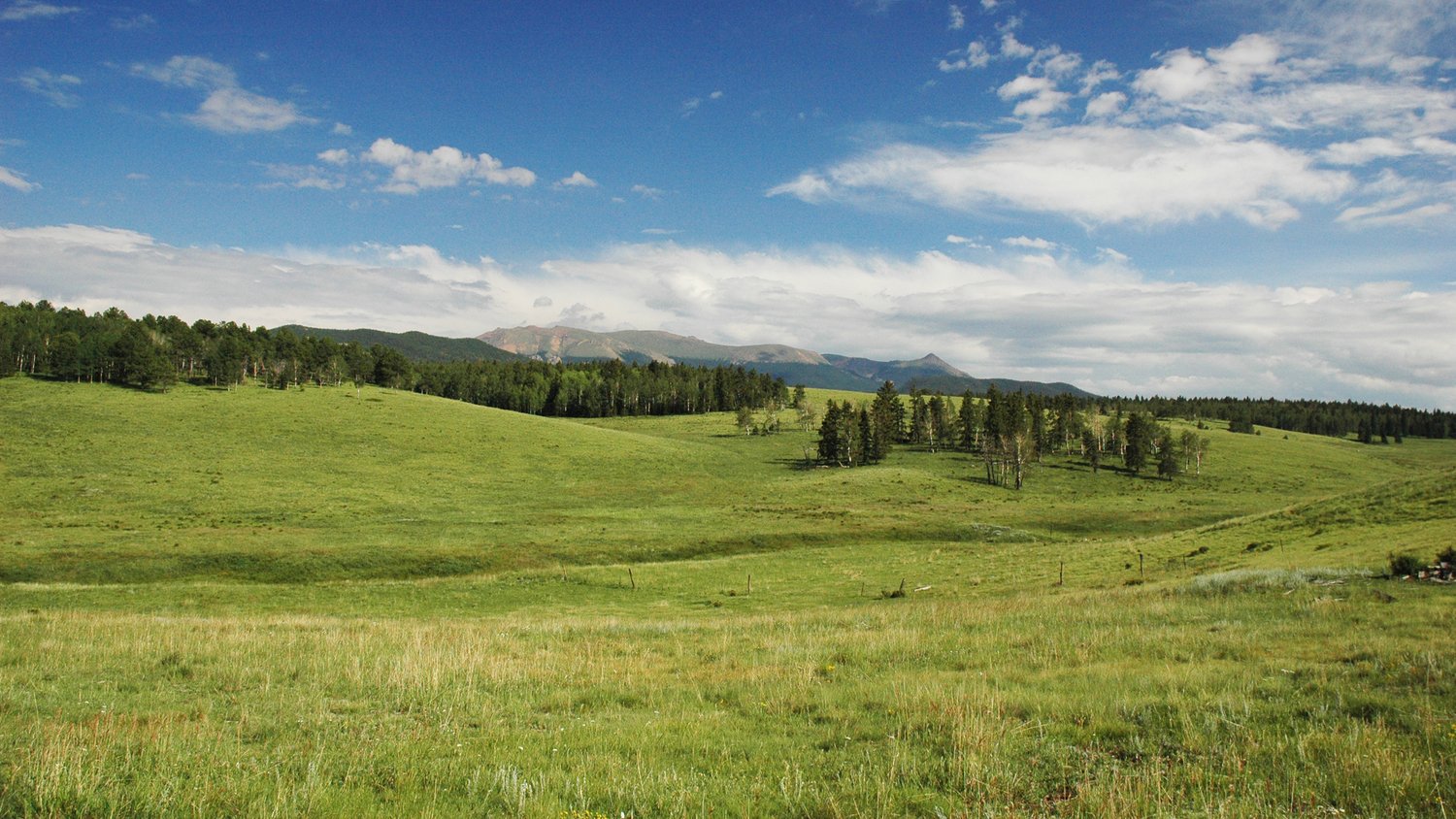 Ute Pass Ranch, is 1,011+/- deeded acres available in 3 parcels and is located on the west side of the Ute Pass summit near Pikes Peak and Colorado Springs, Colorado. The property looks at the northwest side of Pikes Peak and is located west of Divide, Colorado and along both sides of US Highway 24. It has been utilized for cattle grazing along with hunting and recreation and consists of Aspen and Pine ridges with grass covered slopes and live water draws, making it a great recreation ranch for family enjoyment. Historically operated as a summer grazing unit and for private hunting the ranch is in excellent condition with a resident elk herd and plentiful mule deer. Over time the area has seen population growth resulting in an increase in development and conservation values.

The long term past ownership and overall land quality has allowed a “gem” to be created in an appealing historically significant mountain community serviced by a small town atmosphere with close proximity to a major city with shopping, employment, cultural and transportation services.

Ute Pass Ranch has approximately 1,132 acres. The roads and highways give the property excellent access and influence the value of the property. There are several rural subdivisions in the area; however, they do not impact the use or character of the ranch. The property is very private and is a haven for elk, deer and other mountain wildlife. The ranch has several live water draws traversing through the acreage with intermixed aspen trees and dense stands of pine timber on the northerly slopes and more open southerly exposures highlighted with unique rocky outcroppings. The owners were creative in the placement of an electric transmission line through the property setting the route so that it does not interfere with development as well as creating a wildlife riparian food plot. The grass production is excellent with a variety of mountain grass species available for summer season grazing and as part of the habitat for the ranches wildlife.

Ute Pass Ranch is an outstanding ranch property that has been held by the Maytag family for 65 years. The outstanding location and accessibility make it a highly sought after property. Between the Pikes Peak views, blend of Aspen, Pines and live water draws, privacy and wildlife attributes Ute Pass Ranch is an ideal land investment. The long term potential for increasing land values driven by development or conservation plans is as very favorable. The long term past ownership and overall land quality has allowed a “gem” to be created in an appealing historically significant mountain community serviced by a small town atmosphere with close proximity to a major city with shopping, employment, cultural and transportation services.