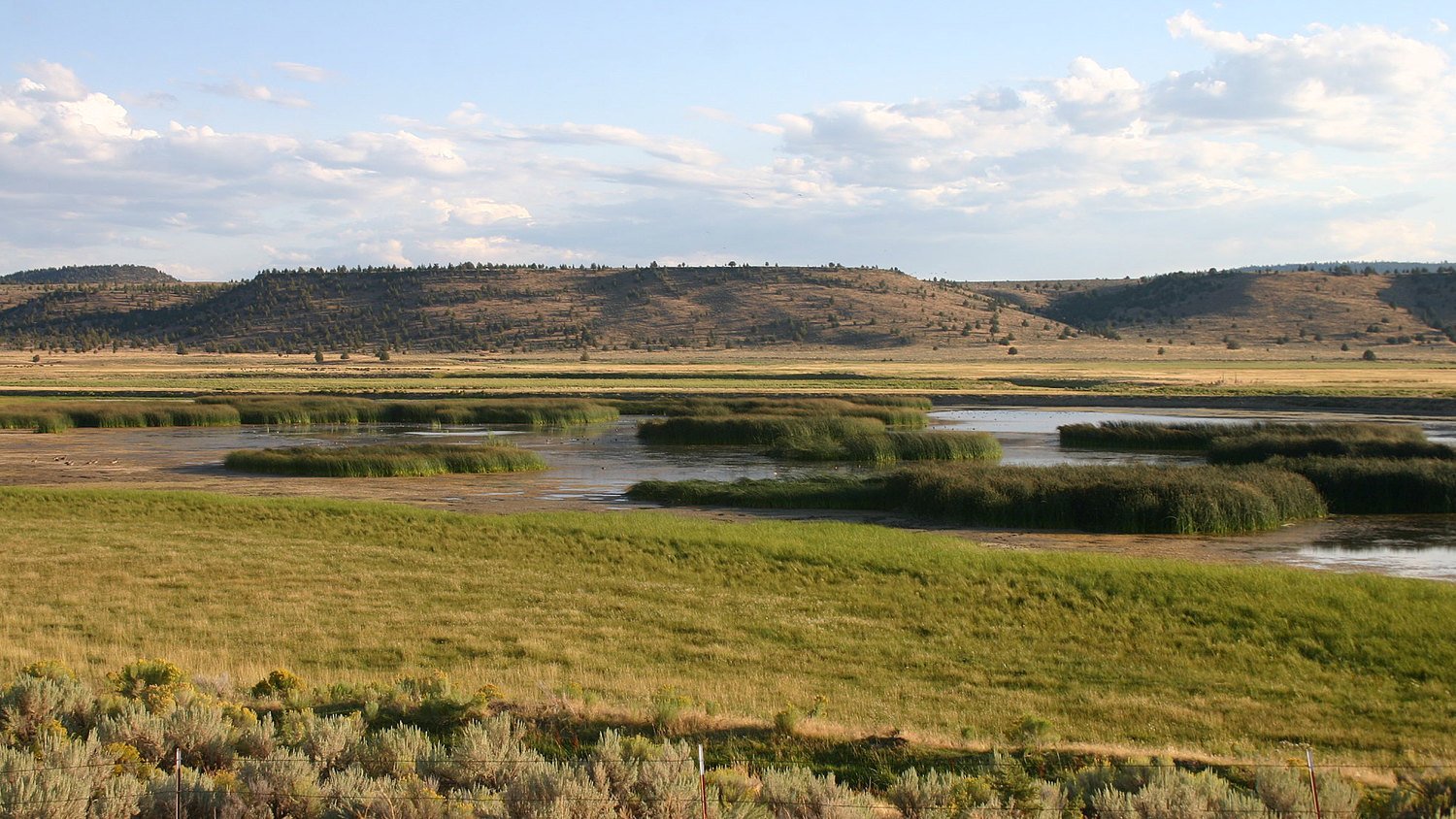 The 72,000 acre Gutierrez Cattle Company is one of Oregon’s premiere large cattle operations. From the magnificent deep timber covered canyons of the North Fork of the Crooked River, to the hayfields and lakes of the Rabbit Valley, including all the big country in between, the ranch reflects the pride of ownership and the touch of a cattleman’s vision. The ranch not only has the feel of a large successful cattle operation, it is one and after spending just a few minutes on the ground, a visitor wants to see it all. Located an easy 85 miles east of the Bend/Redmond area, the ranch consists of 21,529± deeded acres, plus another 50,000 acres of Ochoco National Forest and BLM grazing permits.

See More Details
The ranch is steeped in the history of Central Oregon with battles raging across the landscape between the cavalry led by General Cook, the famous Indian fighter and the Indians led by Chief Paulina. There were sheep and cattleman wars and various local outlaws drifted through the country.

Of course history and lore are but a part of the package. The real picture is the ranch itself and its ability to produce quality cattle and the feed to raise them. Owner rated at 2,400 Animal Units with 2,300 acres of pivots and flood irrigated fields complemented by seven lakes of various sizes and 9 irrigation wells, the Gutierrez Cattle Company is hands down a powerful cattle operation. It has been managed for the last 23 years by quality onsite and supporting agricultural financial management and the product reflects it.

The Gutierrez Cattle Company is located approximately 87 miles east of Bend, Oregon and approximately 44 miles southeast on Highway 380 from Prineville (9,400 pop.) which is the county seat and provides ample services, amenities and a hospital. Commercial air service is located at Roberts Field-Redmond Municipal Airport (RDM), which is owned and operated by the City of Redmond for the tri-county area. It is the fourth largest commercial service airport in Oregon and is approximately 63 miles west of the ranch. The Gutierrez Cattle Company lies in the Crooked River valley running east to west between the Ochoco Mountains to the north and Maury Mountains to the south, an area where mountain timber lands transition to the high desert terrain of eastern Oregon. The North Fork of the Crooked River is designated a Wild and Scenic River with beautiful waterfalls and deep pools and the Gutierrez Cattle Company owns the only private inholdings along the river corridor.

The ranch has an incredible diversity of wildlife, thanks in part to over five miles on the South and North Forks of the Crooked River and seven lakes. Elk, mule deer, antelope, turkey and cougar are present on the ranch, while excellent opportunity exists for waterfowl hunting as well as fishing for rainbow trout.

The elevation of the ranch varies from 3,800 feet to over 6,000 feet with the ranch headquarters at approximately 4,500 feet.

The ranch is operated as a working cattle ranch with an owner rated carrying capacity of 2,400 Animal Units. Currently the ranch has approximately 2,200 breeding females including replacement heifers, in addition to bulls and saddle horses.

The productive irrigated lands produce over 6,000 tons of hay in a typical year, with the pivots grazed after the hay has been taken off. Historically, the ranch has been run as a cow/calf operation, utilizing the 71,529 acres for grazing and hay production. The calves typically average 600 pounds at weaning. However, for the stocker operator with very little effort, the ranch could be converted to run yearlings with gains estimated to be 300 to 350 pounds.

The ranch is fenced and cross fenced into many pastures and the management has had the focus to maintain the range in quality condition, allowing plenty of feed for livestock and wildlife alike.

The privacy of the ranch is unmatched with approximately 28,000 acres behind locked gates and holds some of the best habitat in the Crooked River drainage.

The grazing permits are literally “out the back door” on the north end of the ranch. The ranch has irrigated and sub-irrigated pastures and meadows and approximately eight upland grazing pastures. The numerous pastures allow for rotational grazing. Conservation stewardship practices have been aggressively employed to enhance livestock production and wildlife habitat. There are 11 pivots of which eight are fenced, providing additional summer and fall grazing after the hay has been harvested. Nearly every pasture has live water from creeks or springs and additional water improvements include year-round creeks, developed springs and 15 ponds.

In the early 1990’s a timber cruise done on the North Fork of the Crooked River parcels reflected over 1,200,000 board feet of merchantable timber at that time. This, plus current estimates for timber in the Paulina Creek drainage and other areas of the ranch, bring the total to an estimated 2,000,000± board feet.

Two sets of working corrals are thoughtfully designed and very functional with hydraulic squeeze and electronic scales. The interior roads easily access most parts of the ranch and are well maintained. Other improvements include:

Additional Homes:
Three other smaller homes in ranch headquarters area and a home in the upper Rabbit Valley overlooking the lake.

The Gutierrez Cattle Company is recognized as a leading producer in the cattle industry. It is every bit as well known for its hunting, fishing and general recreation. There are seven elk tags and seven buck tags available to the ranch each year, plus additional permits can be applied for. With the opportunity to take bull elk that can score in the 350 plus range and mule deer that can score in the 170 to 200 class, the ranch is a big game hunter’s dream. At times the elk herd can number over 800 head. It is not unusual to see 200-300 head of antelope and several head of mule deer when driving through the area of the ranch known as Rabbit Valley. The wing shooting is as good as it gets in Central Oregon with multiple species of ducks and geese, quail and even a few chukars. For the fisherman there are three miles of South Fork of the Crooked River and two and one-half miles of the North Fork of the Crooked River. There is also a 600 acre lake in Rabbit Valley and Fish Lake, closer to the headquarters, is 30 acres and 40’ deep. For the recreationist there are great areas for hiking and 4-wheeling plus the opportunity for bird watching is endless with as many as 100 different kinds of birds.

All this hunting, fishing and recreation is without ever leaving the ranch!