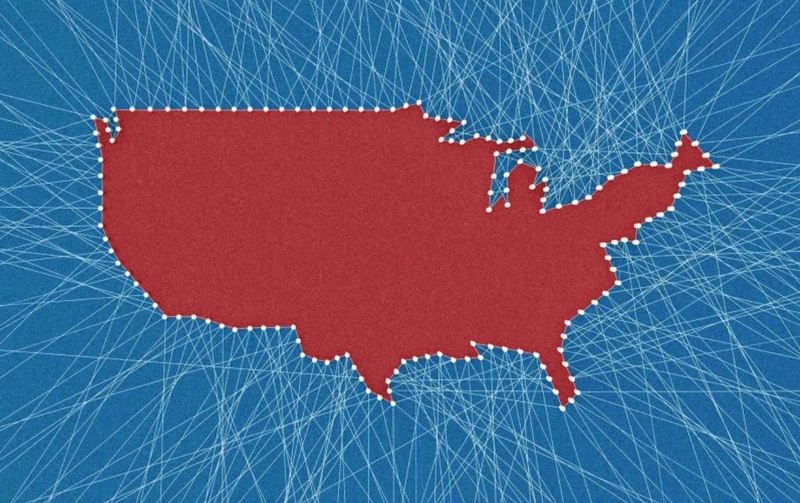 In my little hometown in Nebraska, it’s hard to get decent internet even at exorbitant prices - though it’s apparently a competitive market, with seven different carriers that provide broadband service, according to the FCC’s broadband map. The agency’s depiction of the situation doesn’t jibe with the reality on the ground: One service is listed twice, and two satellite providers offer service, but those services are so slow and unreliable that they can’t be used for serious work.

The main internet service provider in town, CenturyLink, is a debt-laden legacy telco that does business in 36 states, including many sparsely populated ones such as Kansas, Wyoming, and Idaho. Under my parents’ plan, CenturyLink says it’ll deliver service at up to 40 Mbps, a claim reflected on the FCC’s map.

In reality, however, the service is nowhere near the FCC’s definition of “broadband,” much less 40 Mbps. I asked my mother to run Ookla’s (FCC-approved) speed test Tuesday. The results showed a download speed of 3.66 Mbps, then 3.63 Mbps a half-hour later, with a network latency of around 50 milliseconds for both tests. Upload speeds were around 700 kilobits.

According to the FCC’s map data, only 21 million Americans lack access to broadband service. But a study by Microsoft last year showed that the number of people with no access to “broadband” under the FCC’s own definition is actually 162 million. The FCC’s broadband map, then, paints a very misleading picture of the digital divide, provides cover for carriers that want to sell service in only the richest and most populous parts of the country, and may cause federal broadband money to be denied to places that really need it. But a new law signed into law earlier this week may change that. The bill, called the Broadband DATA Act, calls for the FCC to develop a more detailed and accurate map that reflects more granular and accurate data about broadband markets.

“For far too long the FCC has relied on flawed data that vastly overstates the state of broadband deployment in the U.S.,” Federal Communications Commission commissioner Jessica Rosenworcel said. “There is bipartisan consensus that the FCC’s maps need a lot of work.”

The FCC’s mapping data is used to determine which areas of the country should receive federal Universal Service funds to improve service, Rosenworcel said. “Sending money to one place that doesn’t need it could mean leaving another place that does need it behind.”

PROVIDERS OVERSTATING SPEEDS “BY A FACTOR OF 24”

The FCC’s current system for gathering coverage data relies heavily on information provided by the broadband carriers. Under the current system, a carrier can report a whole census block “covered” if it has just one subscriber there, or even if it merely has the facility to install broadband. This creates an inflated view of broadband availability and carrier competition.

The result is marked discrepancies between map and reality, and it isn’t just confined to rural places such as my hometown.
Researchers at the Institute for Local Self-Reliance took a similar (and more in-depth) look at broadband service in Rochester, Minnesota, where the Mayo Clinic is located, and found some similar themes. The FCC’s map shows seven broadband providers active in the city and surrounding rural areas (including CenturyLink), but, again, it painted a picture very different from the reality on the ground.

“Looking more closely, 2 providers use satellite, a technology that few use if they have cable or DSL available,” the ILSR researchers write. “At least four providers serve less than 4 percent of the city. Digging even deeper into the data, at least one fixed wireless provider seems to have overstated its speeds by a factor of 24.”

The FCC’s map creates a misleading cumulative picture of the digital divide. By the FCC’s estimate, Rosenworcel told me, only 21 million people lack broadband service in the U.S. But she suggests a report by the advocacy group BroadbandNow might be closer to the truth—showing that 42 million lack access.

By inflating the number of available services, the FCC’s map also overstates levels of competition in underserved markets, which directly impacts price and quality. In uncompetitive markets, there’s little to stop incumbent carriers from charging the locals high dollar for slow connections and bad service. No surprise, then, that the U.S. has some of the most expensive broadband rates in the world.

The FCC and its Republican chairman, Ajit Pai, have known the Broadband DATA Act was coming for months. It’s one of the reasons the agency announced a revamp to the way it creates the maps back in August. But the new methodology still relies heavily on data from broadband providers.
The new law requires that carrier executives sign off on the coverage data they report and makes it against the law to knowingly misstate the data. The law also requires the FCC to incorporate more types of source data into its map, relying less exclusively on the carrier reports.

Pai has complained that his agency would need more time and money to abandon its current mapping method and adopt a new one that fits the requirements of the bill. He was out with a statement repeating the same thing within 24 hours of the signing of the bill.

“At this point, it is vital for Congress to provide the FCC as soon as possible with the appropriations necessary to implement the Act,” Pai said. “Right now, the FCC does not have the funding to carry out the Act, as we have warned for some time.”

Rosenworcel, the ranking Democrat on the commission, isn’t sympathetic.

“The FCC has sat on this for a long time,” she said. “The FCC needs to get to work and stop hemming and hawing about how we need more money or about how it’s impossible. Congress has tasked us to do a job, so let’s get to work,” she said.

Even if the commission gets to work on creating new maps immediately, it’s going to take a while to comply with the law, said Dan Hays, who is the corporate strategy leader for U.S. technology, media, and telecommunications at PwC.

“It may well take several years to see a comprehensive solution,” Hays said. “From here, the FCC will need to determine the data that will need to be gathered, the systems that will be used to collect and present it, and the procedures and rules for gathering, updating, and distributing the combined information.”

The coronavirus is laying bare the problem of the digital divide—a United States split between the connected and unconnected at a time when broadband internet has become an essential tool for Americans, serving as a conduit to coworkers, teachers, and friends.

“One thing the current situation shows us is that broadband is no longer a luxury,” Rosenworcel said. “It’s an essential part of modern life.”

The Senate passed a massive $2.2 coronavirus relief package Wednesday night. It includes $1,200 checks for families, loans for businesses, billions for unemployment programs, and aid to hospitals, but no additional monies to provide low-income people with broadband service.

As for my parents’ ISP in Nebraska, CenturyLink, a spokeswoman gave me a variety of reasons that our consistently poor speed test results may have been caused by something other than poor service. But the carrier is happy about the new law, she said in an email.

“We welcome and support final approval of bipartisan legislation that will go a long way toward improving the accuracy of the federal government’s nationwide map . . .” the spokeswomen said.”Granular, geocoded data can help policymakers more accurately identify locations where broadband service is lacking.”